Lindt & Sprüngli is a famous Swiss chocolate brand that was founded in 1899 as a result of a partnership between the chocolate makers Lindt and Sprüngli.

The story begins in Zurich in 1845, in the heart of a confectionery managed by David Sprüngli and his son Rudolf. They decided to go into chocolate production by creating one of the first solid chocolates in the world. It was a success.

In 1879, Rodolphe Lindt invented the conching method: a technique for making chocolate smooth and creamy. This new invention revolutionized the industry and positioned Switzerland as a reference country for chocolate. However, Lindt could barely keep up with the pace despite a still too rudimentary installation...

After inheriting their father's flourishing business, the Sprüngli brothers, Johann and Rudolf, finalized the construction of a more efficient factory in Kilchberg. A factory that would become the headquarters of Lindt & Sprüngli.

In 1899, the Sprüngli brothers took an interest in Lindt's work and proposed the takeover of his company. Lindt agreed on the condition that he would retain control of the business. This is how the Lindt & Sprüngli brand was born, and it has been successful to this day. 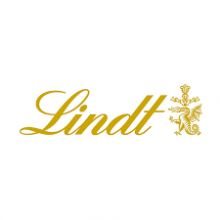